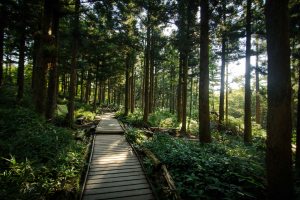 Our third and fourth days held the promise of either/or climbing Hallasan, swimming at Jungmun or daring the erotically artistic Loveland, and we had company – the bafflingly inexhaustive Pete, whose Wednesday plans we completely ruined by coercing him into joining us instead.

Loveland is a miracle of Korea; in a country where sex and sexuality are pretty taboo subjects, it’s only a little baffling to be presented with an ‘art sculpture park’ completely devoted to vivid displays of every conceivable sexual position. As mentioned before, Jeju-do was and is the traditional honeymoon spot for Korean couples – and also used to serve as the Sex Education Island. The ancestral dol hareubang (‘grandfather stones’) dotting the island aren’t accidentally phallic, apparently. Loveland is basically an opportunity to act as obscene as possible, and does in fact encourage such acts by making the statues interactive. My apologies for any/all of the following images. 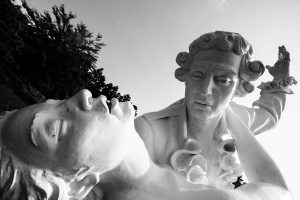 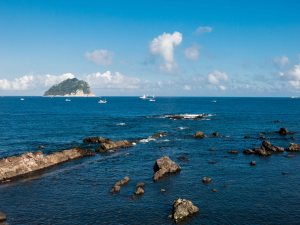 Jungmun Beach demonstrates much of the essence of Korean tourism: it’s beautiful, exciting and completely crowded. The waves (for an Englishman of tame seas) are clothes-destroyingly strong (as certain people found out – but Meg would kill me for mentioning it) and the weather is fine – but, for the sake of the lifeguards’ ability to maintain order, the entirety of swimmers are restricted to a 100m stretch of the beach, meaning that personal space is a purely theoretical concept.

For the gamely traveller, challenges are always a plus when it comes to exploring hitherto unknown lands. The volcanic island currently in question has one, very obvious, geographic challenge – the volcano itself. Hallasan (‘Halla Mountain’) is the tallest mountain in Korea at 1950 metres, and – spoiler alert! – we went ahead and climbed it, along with mad Australian Pete.

I say ‘mad’, as the walk was a tough one. Around 30-35 degrees, on a humid island, walking up another bastard hill, the travel guide predicted a walking time of 9 hours. We were very proud of ourselves – we made it in around 5-6 hours (Meg reaching the top slightly before me, because she’s a machine)…but Pete spent a little under two hours in total waiting either at the top or bottom of the mountain for us to arrive. I don’t understand how a human being can manage the whole thing in 3-4 hours, and have yet to determine his actual species.

Our final day, while sad, promised relaxation at Donnaeko Waterfall – in contrast to Cheongjiyeon, an actual swimmable watering hole and river. Admittedly, our first impression was less than positive – the narrow river was hugely overcrowded and the rocky crannies and nooks were stuffed with rubbish and nappies – but, in a fairly sizeable river plateau between the bottom and the waterfall itself (as the river ran in large, wet steps), we could claim for our very own a peaceful 50-metre stretch of aquamarine water, forested sunlight and actual cold water. After a spectacular few hours of not doing much other than appreciating the environment, we dove into the waterfall, admired the mountain-goat ajummas clambering in their visors over and under the falls and – sadly – embarked for the airport. 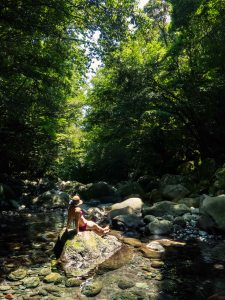 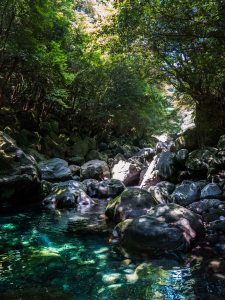 Jeju-do is well-deserved of its popularity; it feels like a completely different country, rather than simply a separate province. Having never been to Hawaii, I can’t comment on the accuracy of ‘Hawaii of the Orients’ – but I can see where they’re coming from. 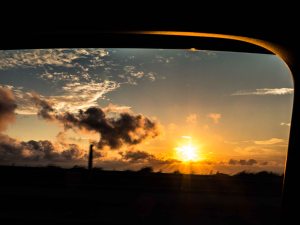