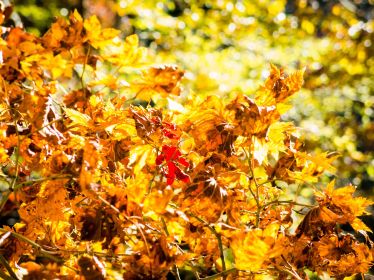 I believe The Doctor once said something about wibbly-wobbly, timey-wimey ‘stuff’ making up the universe, so by that logic I’ll now cram in a few vague observations of autumnal Gwangju, 2014. Spring and Autumn are the two most lauded seasons in Korea, and with good reason; winters here are to be reckoned with and the summers can kill a pasty Englishman on sight, so it stands to reason that the climate wouldn’t half-arse the seasonal vestibules in-between. 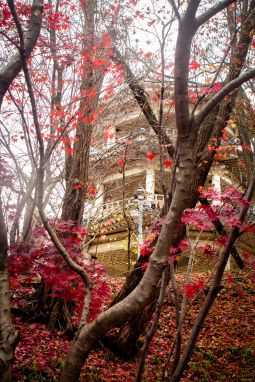 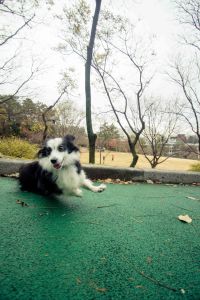 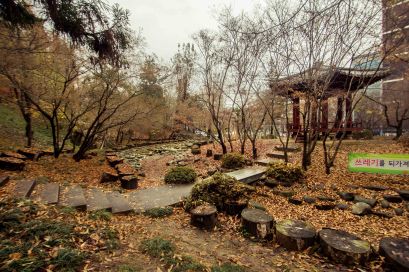 Arriving in October, we’d optimistically assumed that we’d be missing the wafting tail-end of summer and be welcomed by orange foliage and cool breezes. Sadly, we miscalculated; the seasons were a bit tardy last year, and the heat didn’t give up until well into November. By that point, I’d all but renounced my cool-weather wardrobe and was sulkily preparing for the temperature shock of a capitalised WINTER as soon as December came about. 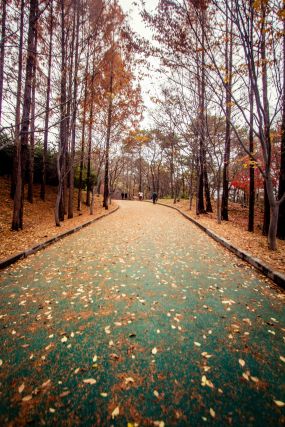 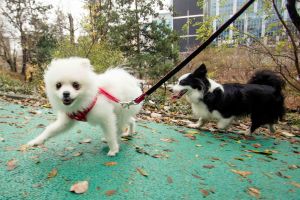 Sometime around mid-November, however, colours other than GREEN and SHINY (being a prevalent colour in Korea) started to pop up. On our first joint-school outing with the entire staff, we went on a professional jolly to the multicoloured Gangcheonsan County Park – a local(ish) mountain range, the lofty heights of which were achieved only by our fellow weygooks and our manager Sean – despite having to traverse a 50m-high, creaking suspension bridge with at least one acrophobe in our midst. 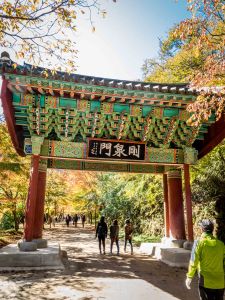 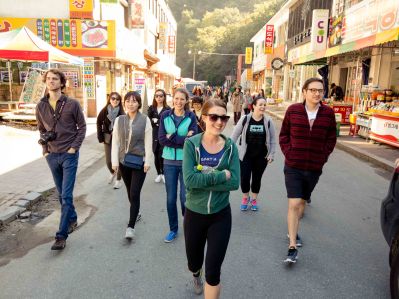 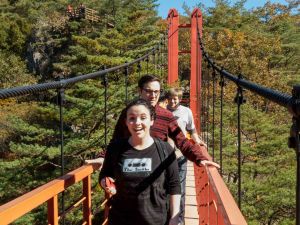 Front to back: Molly, a deeply enthusiastic Perry, Sean’s ear, and Greg. 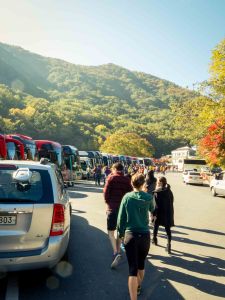 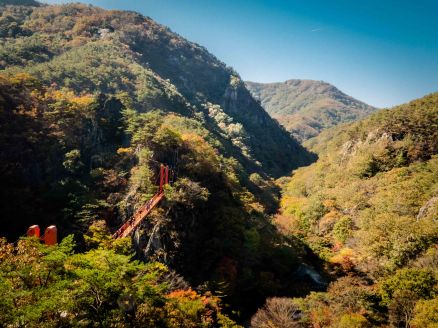 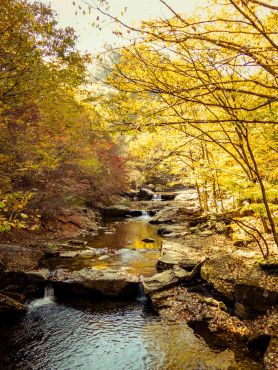 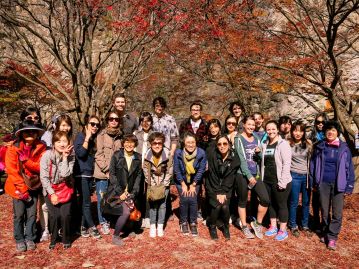 The school/s in their entirety.

In a further fit of foot-itching wanderlust, we (briefly) went on a nostalgic trip to Seoul – which, reassuringly, instantly filled us with the twitchy English rage we’d missed so dearly. We’d somehow totally missed the Christmas lights around the city when we’d lived right next to it, so on the upside we had new scenery to admire in standstill human traffic. Meg and Molly both bought socks, to ensure the 6-hour round trip wasn’t wasted. 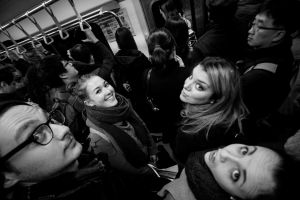 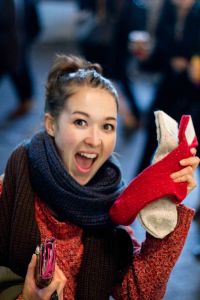 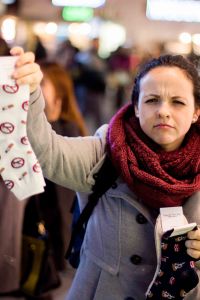 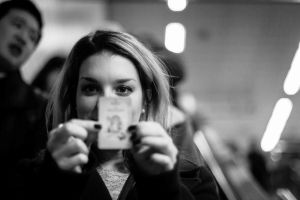 Despite our relocation to the opposite end of Korea, familiar faces followed us; our briefly-met fellow foreigner Mark just so happened to have moved to a school in Yeosu, a local(ish, again) seaport town. Home to the 2012 Yeosu World Expo, the city is a weird blend of close, bustling, typical Korean alleys and great, shiny, hi-tech monoliths left over from the Expo. Sadly, while spectacular the event cost significantly more than it made, so now the whole area is almost totally empty – leaving one with the impression of a post-civilisation, dead city (see: Serenity, Fallout, The Last Of Us etc.) but with shinier edges. The centrepiece of the ‘city’ is a great, arched hall, the ceiling of which is one great 218-metre long digital screen with life-size whales, sharks etc. drifting around; the hall is flanked by escalators and conference halls, which – to my great disappointment – were all sealed off and thus unexplorable. Still, for an overimaginative child of a fictionally-post-apocalyptically-obsessed media generation, I could happily find a stick and flail about on a zombie-hunt for hours. 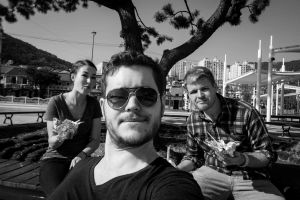 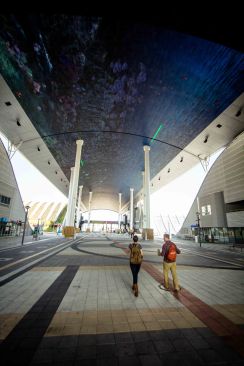 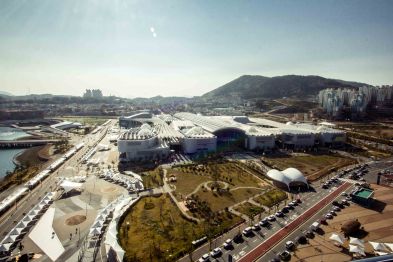 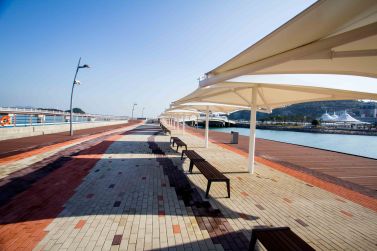 While a slightly abbreviated season, the punchy colours around Gwangju – a noticeably more floral city than Seoul – are exactly how Lonely Planet et al. advertise them. Sadly, the elegant, swaying, vibrant colours have since been obliterated by a mighty shit-ton of snow. We remain optimistic that Korea will make it up to us on the other side of the contract. 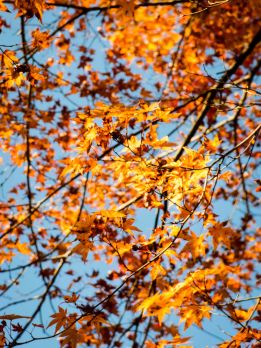