The Many Maniacal Motorways of Manila

The flight from Caticlan to Manila was brief and turbulent. The gentleman behind me never quite succeeded in clearing his throat and the leg-room was very slightly less than the dimensions of my actual legs, but it was blessedly short and, being the Philippines, geographically spectacular from the plane window. 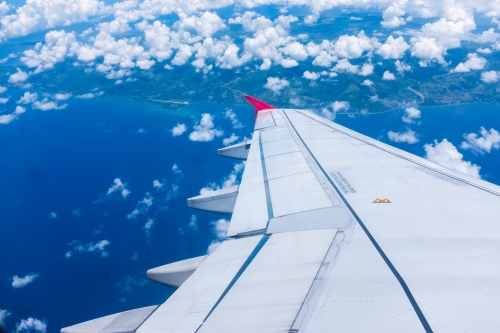 The flight to Vietnam didn’t leave until midnight the following day, so there was ample time to find lodgings, get a lay of the land and send Meg to a climbing gym to stop her climbing the walls, so to speak. We found a suitable-looking place close to the gym but seemingly not too far from the airport for a quick getaway.

What I should have learned from our experience in Cebu is that map scale is an important factor to consider when traversing the Philippines’ dense cities. Side roads that wind between buildings may, in fact, be six-lane highways blasting past whole districts without due care and attention paid to the zoom on map apps. Sixty-two minutes into the ‘short’ taxi ride to the hotel, I realised that I hadn’t given enough credit to the size of Manila. 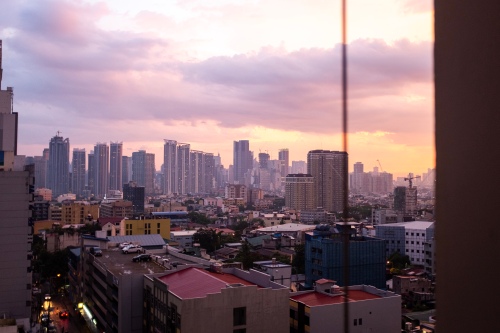 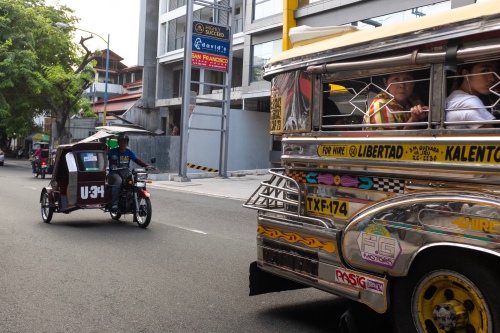 Having been on the receiving end of a car vs. small motorised vehicle incident (and still carrying around a metal bolt in my arm as a result) I approved of the fact that every two-wheeled motorist and passenger was wearing a helmet, versus the more laid-back approach of drivers in the countryside.

What quickly became apparent was that, on Manila roads, the choices are either helmet or fast, crunchy death. I don’t recall seeing an abundance of traffic lights, but drivers seem to know precisely where they’re going and be damned if they’re going to change direction for something as inconsequential as a pedestrian or another vehicle. Enormous coaches will streak with inches to spare past street corners, leaning enthusiastically on horns that could direct shipping traffic and perforating the eardrums of anyone daring to walk nearby.

Combined with the daily operatic thunderstorms that seem to cling to the city, our time in Manila was rife with sensory drama and perpetually soggy sandals. I optimistically sought out a convenience store umbrella to pathetically combat the weather but, after the first and second store didn’t have any in stock, by the time I got to the third I’d rather lost purpose in my mission. I instead tried to preserve the dryness of my new umbrella in my otherwise waterlogged backpack and set back out into the simultaneously vertical and horizontal deluge. 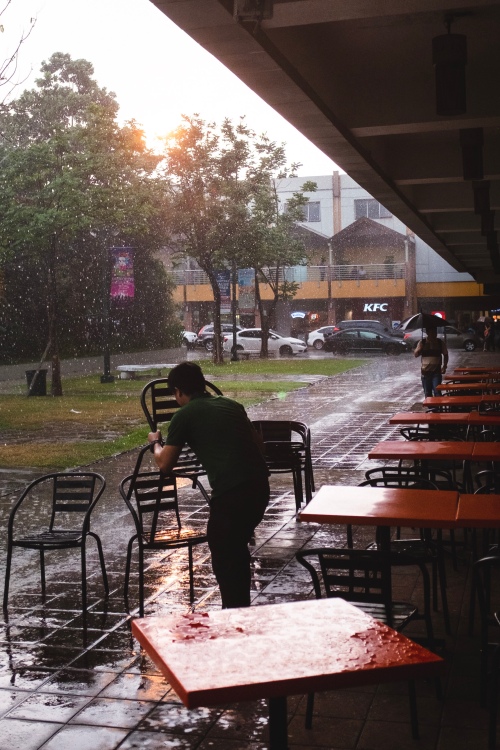 Like every good drama, our time in the capital had to come to a close. After barely an hour of waiting for a taxi – any taxi, please – we were whisked off into absolutely stand-still traffic for the two-hour stop-and-start journey to the airport for our final departure from the country. 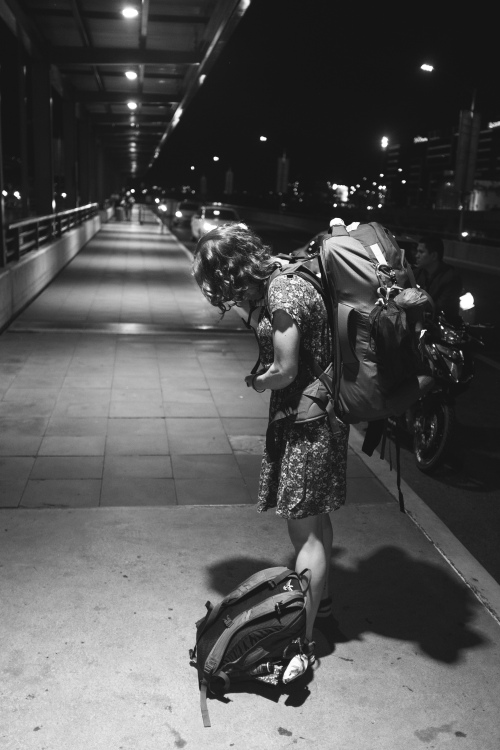 So ends the first bit of the journey. The Philippines and its gorgeous, haphazard geography had treated us relatively well, barring the occasional dubious tummy and misread map. It’s hard to imagine that we’ll find competition for its beaches in any other country on this trip (though I’m happy to be proved wrong), and we’ve been well looked after by everyone we’ve met here. Meg probably doesn’t have rabies, so that’s a win as well.