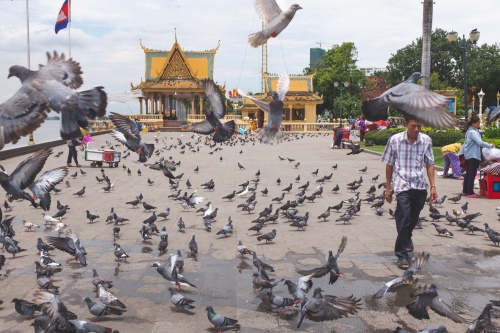 The minibus out of Battambang weathers the literal storms of Cambodia as we rocked and swayed along the country’s perpetually-under-development roads. Yawning potholes and slick gravel make for a dynamic if perilous journey, all to a symphony of horns and protesting cattle as we slipstream farmer’s carts and poncho-clad families packed onto tiny scooters. 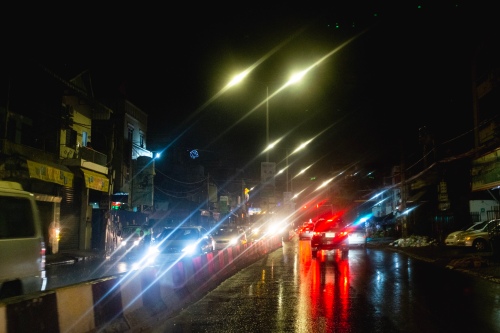 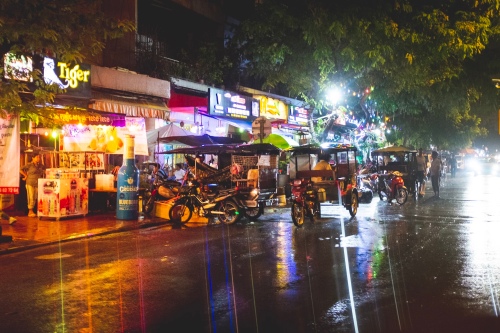 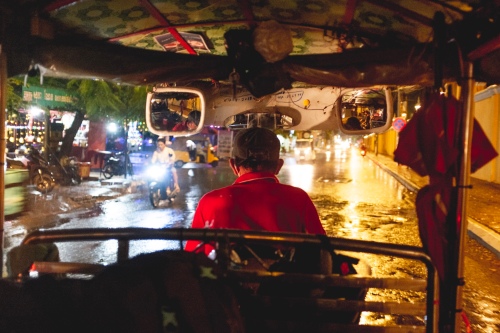 A quick, concussive crack of my head against the window combined with the furious utterances of an outraged biker alerted me to our arrival at the country’s capital, Phnom Penh. Cambodia’s only true metropolis is a hive of kaleidoscopic public transport, freshly-incinerated street food and heated haggling, all to a backdrop of historic architecture and modern industry. Before we can even open the door of the minibus, tuk-tuk drivers swarm the tired passengers to offer their services and whisk us off into the night. 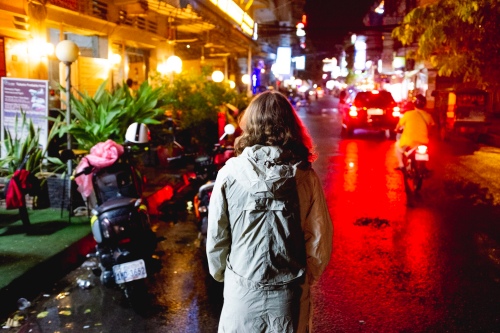 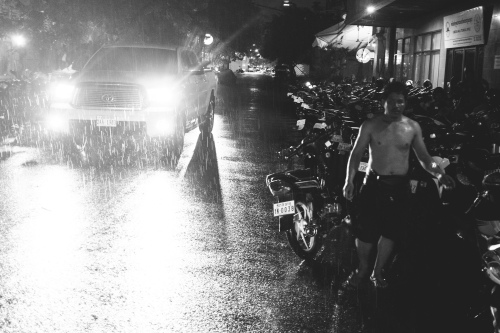 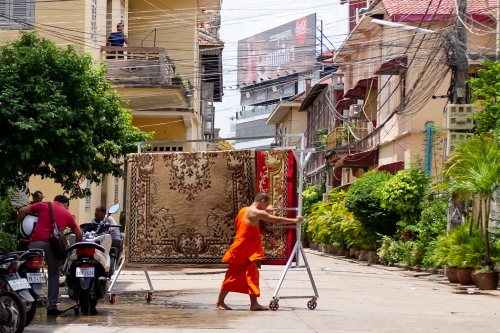 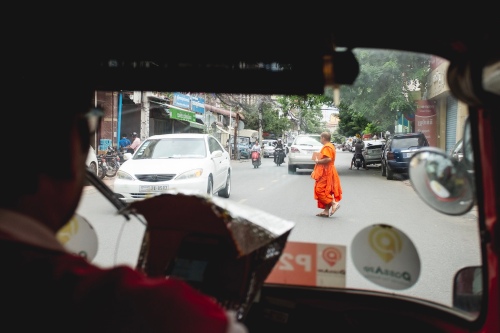 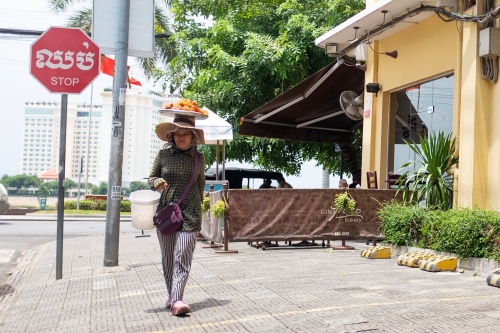 Only two false stops and three wrong turns later, we arrive in the heart of Khan Doun Penh district – a choose-your-own-adventure of dining, sleeping and touring and the go-to streets for lost travellers like ourselves. You’ll get used to politely turning down drivers and restaurant hosts every other minute while you drift between high street and temple courtyard with no obvious separation between the two. Orange-clad monks tap away on their phones while expertly weaving between traffic on motorbikes; elderly salesman stride slowly but confidently between furiously-honking trucks and impressively-overloaded bicycles carrying produce. 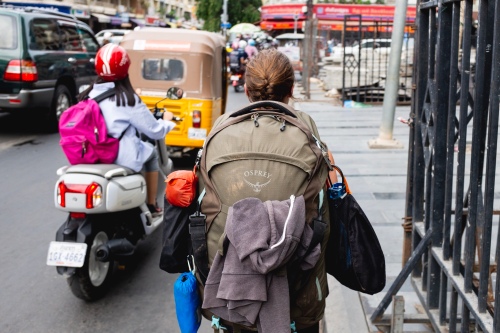 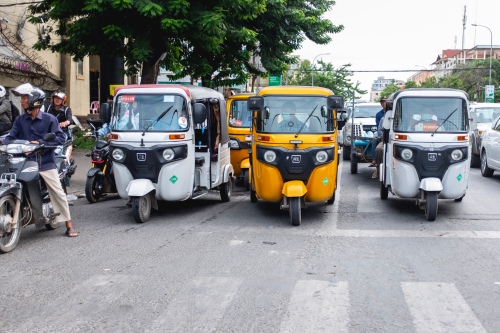 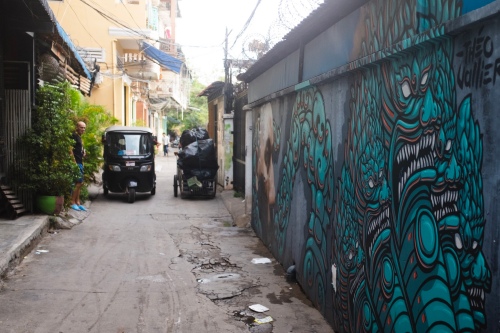 Head to the banks of Tonle Sap River and watch your head as thousands of well-fed pigeons hurtle past you to the outstretched arms of alarmed tourists. Just across the square lies the resplendent Royal Palace and Silver Pagoda – both of which typically closed for our stay in the city, but impressive even from outside the walls.

*A less-positive anecdote and word of warning about the riverside area: we fell victim to a well-choreographed group of pickpockets who grabbed Meg’s phone without us ever seeing them. After a frantic attempt to find it via the Find My IPhone app at a local cafe (and pointedly locking it to prevent access), we returned to the scene of the crime and encountered a group of women who ‘didn’t steal the phone, but know where it is, and will get the phone but how much will you pay’. They seemed outraged when I even mentioned the word ‘stolen’, but after we (falsely) claimed to only have $30 they thoughtfully produced said phone from a hiding spot around the corner and disappeared. We then discovered that they’d completely wiped the phone and destroyed all of Meg’s photos from the trip, so if that’s not your idea of a good time then hold onto your possessions in such places. 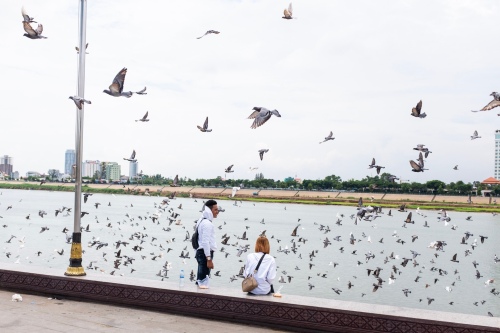 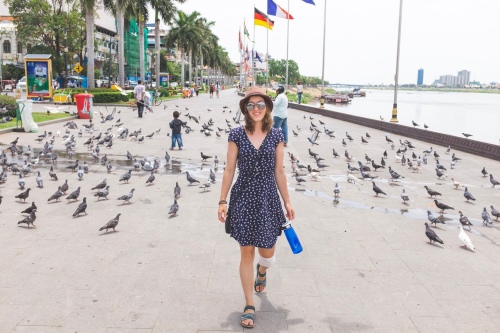 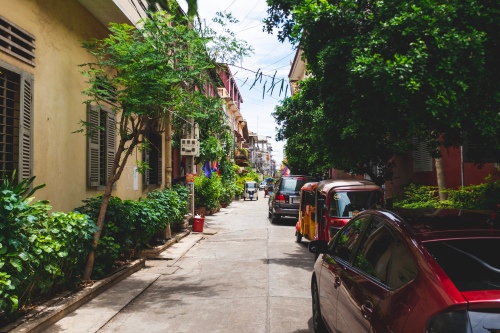 Cultural sights in the area include the gleaming Golden Temple and the towering Wat Phnom; against the shining monoliths of the 21st century, such traditional architecture would seem bizarre in any other country, but in Cambodia it’s completely within the ordinary to see ornamental golden spires and modern brutalist architecture leaning against one another. 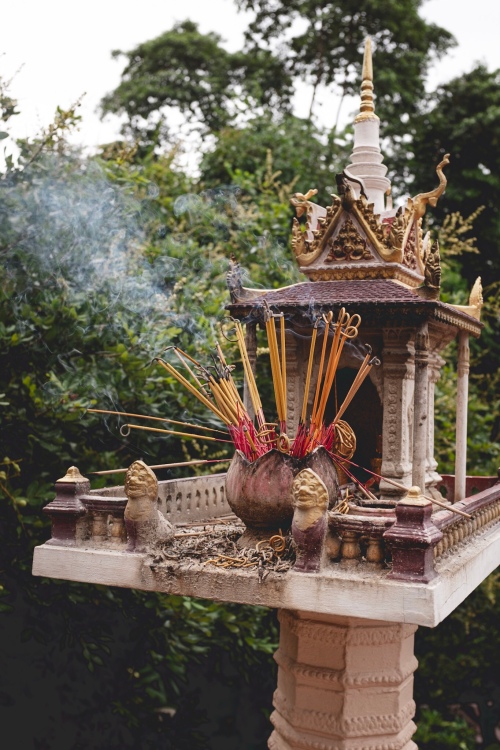 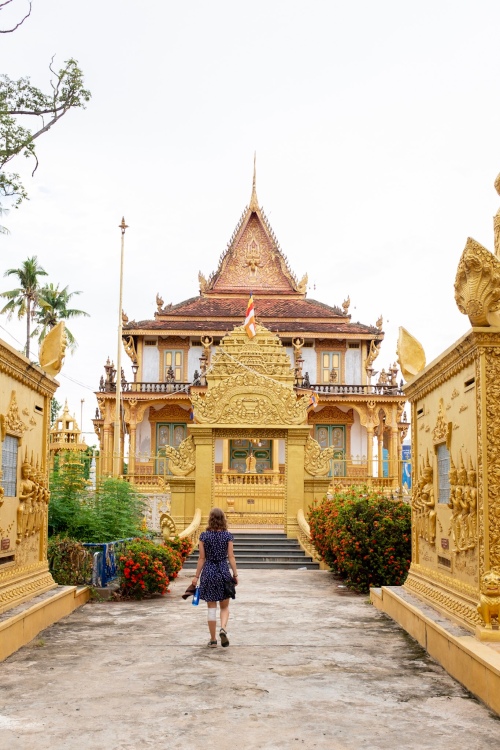 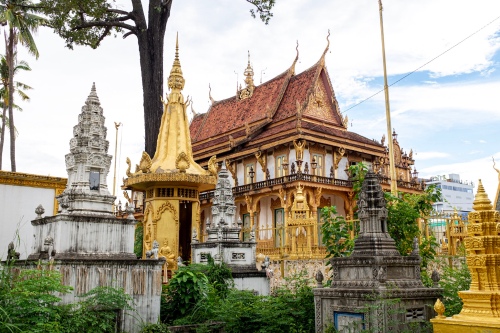 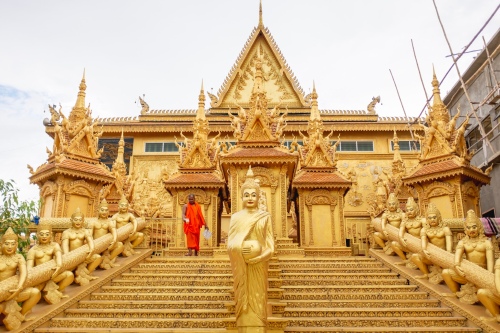 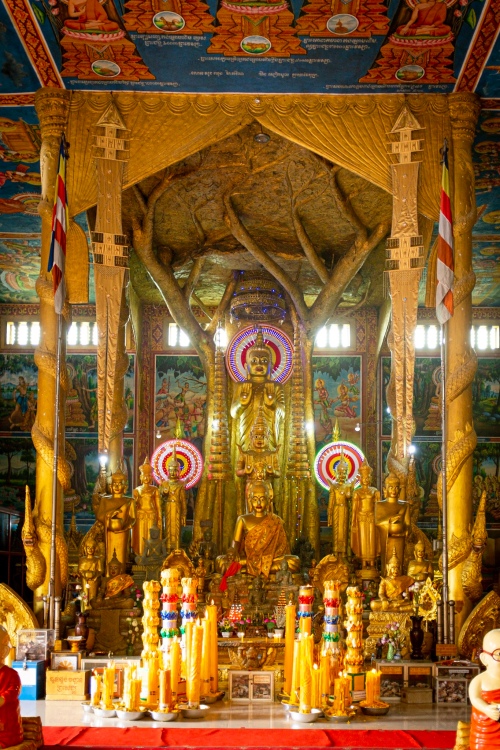 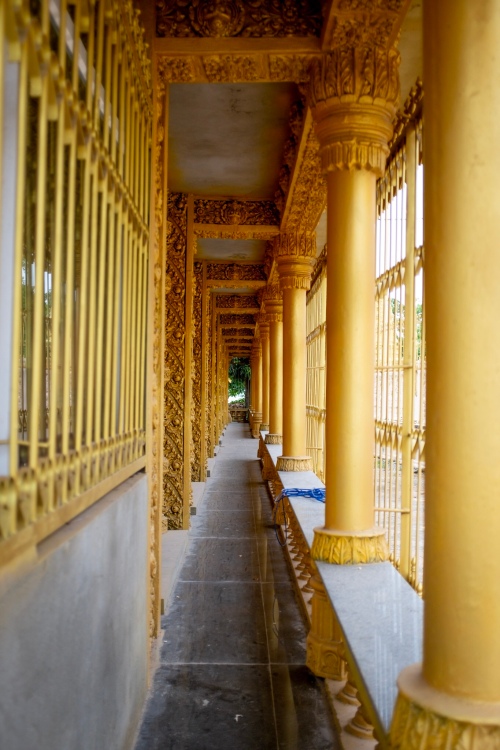 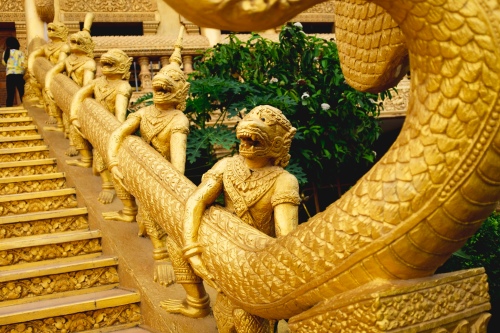 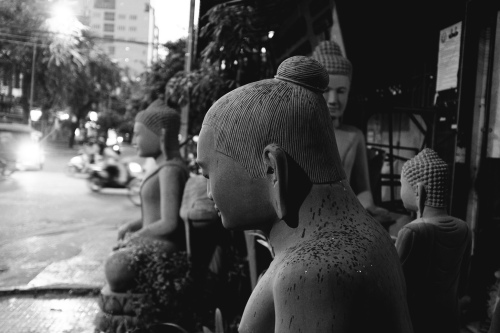 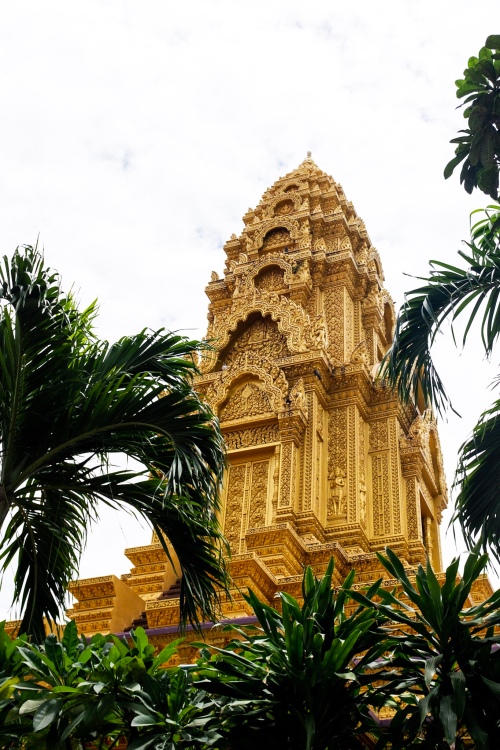 Another key spot in the city is, sadly, the Genocide Museum – a school-turned-torture prison for the Khmer Rouge takeover, and now a memorial to ensure the atrocities within never occur again. It’s a rough hour or two’s education while walking around the museum with an audio guide, but I can’t recommend it enough. 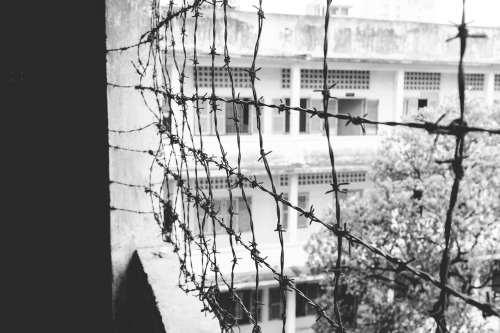 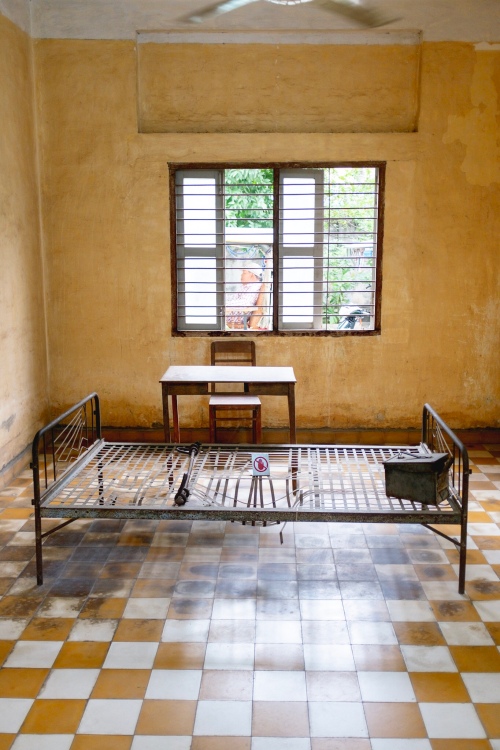 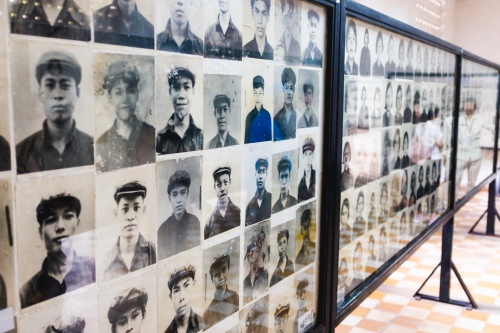 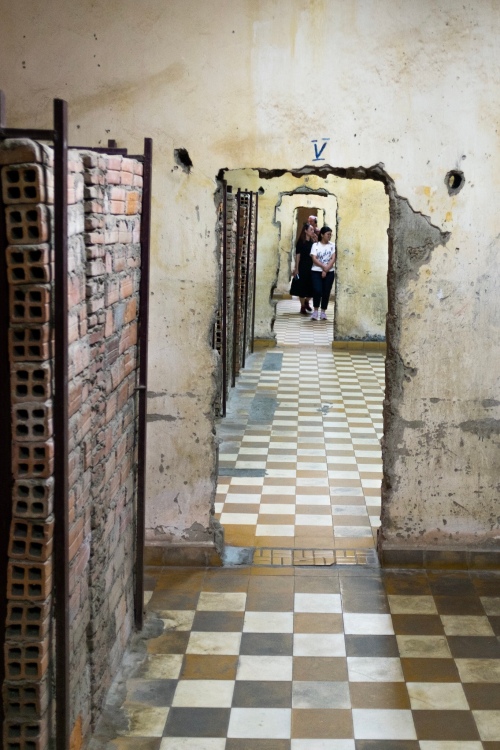 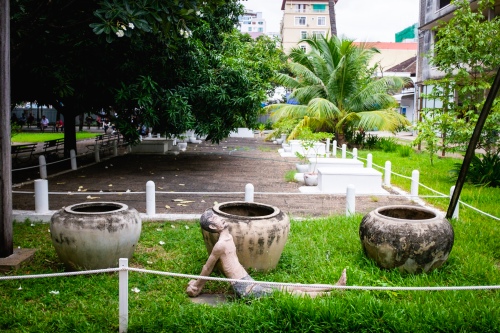 It’s far too early in the morning for a pair of laden backpackers when the tuk-tuk arrives to whisk us away to possibly my least favourite bus ride of the entire trip (but there’s still time for that to change) – to the islands of Koh Rong. 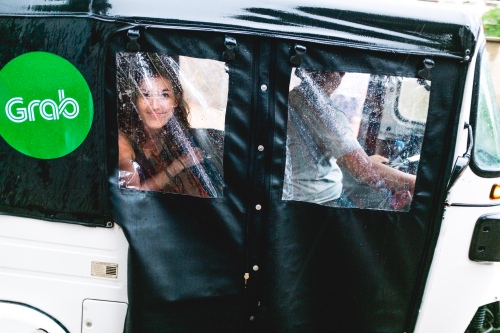